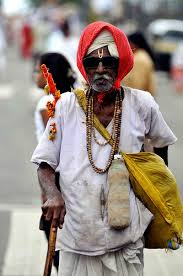 Pandharpurchi vari known by various names like ashadhi vari(in the month of ashadh i.e. june/ july), kartiki vari(in the month if kartik i.e. October/november) has started on 29th june. My reason to write this is the palkhi will be passing through the city(Pune) today and everybody is discussing about what will be timing, which roads will be blocked, the alternate paths, etc. The hot topic until Ashadhi ekadashi will be the wari and the world famous warkaris.

Ashadh /Karthik are the months of this famous wari. On the eleventh day after the new moon these 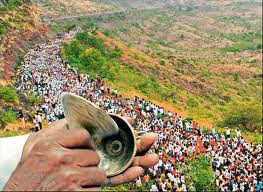 palakhis bearing momentoes of the famous saints of Maharashtra reach Pandharpur. The survey said that last year the count of the warkaris reached crores. These warkaris are free from all the discriminations like caste, creed, sex, religion, age, upper class, lower class, poor, rich, educated, uneducated and every other thing that could differentiate a human from another. It is the perfect example of unity one must learn from. In recent years the participation of the youth has also increased incredibly. And not to forget the foreigners have always had a craze about the wari and do visit in considerable numbers to have the most authentic and pure experience of bhakti. History narrates that the first wari went from alandi(pune) to pandharpur in 1291. Countless warkaris start this journey barefoot singing abhangs, chanting Vitthals name, listening pravachans, kirtans and dancing in the memory of their dear Lord Vitthal. These warkaris actually believe in him as a human, they think of him as their maybap, their dear friend. 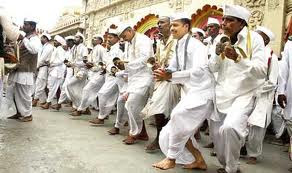 The wari is an awestuck expression devotion. Warkaris through live their lives with simplicity and spread the tradition of devotion everywhere. In the Bhakti tradition, all one has to do is to lead his own life with dharma, as per one’s personal obligations, perform one’s duties, love the god and leave it to Him. No rituals to follow, no difficult concepts to understand, no new vocabulary of religion. Just simple love for ones’s duty and the God. No wonder the poet saints became so loved, along with the God they praised. Even today, after many centuries, their literature is still read and their devotional songs, Dnyaneshwar’s Ovi’s and Tukaram’s abhangas are very popular. 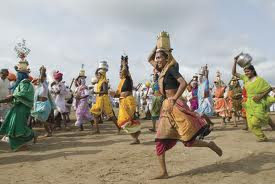 These warkaris walk for almost 15 days, singing, dancing through the rains and cold. They do not  very strange to understand in todays world where we don’t even know the names of our immediate neighbours we call these inknown people at our home for meals. This is their magic. People might be thinking who are not much aware of this tradition that whats in this for us, as it doesn’t take place everywhere. Maharashtra always had this incredible history of great saints from all caste. They gave the message of peace and harmony at that time, Non-discrimination to others, Loving the environment, loving the someone (God) so much that ready to walks hundred's of miles. I think these are the same message we need in our lives today which were give to us to our forefathers hundreds of years back.
feel short of any luxuries of life. Wherever they stay they cook their own food. Some people invite them for meals. It is 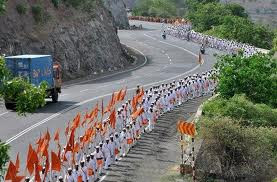 Lets not only talk about it for relation to the traffic jams but know the real meaning of it which was known to our forefathers and helping somehow to these pilgrimers. In this age of development we are forgetting our root as a maharashtriyan or more as a human. Main reason behind writing this post is cmon its high time for us to get pure, learn the tradition of selfless devotion and belief, experience the power of truth and purity, bathe our souls in sanity and start on our wari of becoming human again. Better late than never.

Lets spread the message “Love the environment, the nature, 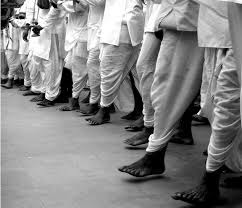 your fellow human and God wont stop himself from loving you!!!”
Posted by Unknown at 18:22