This post, I dedicate to all my co-travelers whom i meet during my journey. Now the journey is not always big or to a distant place, many times it is when I am traveling to office/college or back home or just going from some place to another at a distance as small as 3 kms and as large as anything. 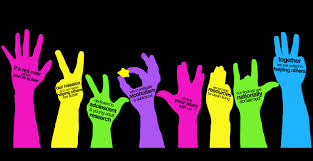 I meet these different people many times leaving an impact or stimulating a thought making me think and at times also leaving me enveloped in a soft unknown bond. Our life is not only made of people we know since ages or with whom we share some special bonds, but also of those who meet us on some turns on the journey of our life. We need not know them, but they leave us thinking about us making us search our own self.

I was in the first year of engg and our college timing was 10A.M to 6P.M. Both the timings had great rush in the bus and I enjoyed the maramari we did to to just get into the bus.It made me strong and learned me various tricks to get into a bus with anymuch load u r carrying. I remember an incident from that time when one day I had to stay back a little late in college. The clock struck 7:50P.M. 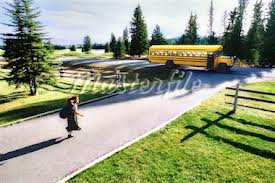 when i left the college gate and when I was walking towards the bus stop which was 750mts from the gate a bus passed me. I saw the bus going and suddenly woke up to realise that it was the 2nd last bus which took me to my home and the last bus was at 10:30P.M. As soon as the thought crossed my mind I started running behind the bus, a completely overloaded run where i had my bag with my notebooks, 2 books from the library, 2 journals, a roller which contained my drawing sheets, a drafter, an unmbrella, my tiffin box, and some small stationary. The bus ran faster than me but i had to catch it anyhow if i had to go home. I ran and ran and the rain started pouring. I still ran accumulating all the left over energy after a hectic day. In some time i realised theres a boy running alongside me. I dont know who he was. while running he just snatched the things i was carrying in my hand the drafter, roller and the umbrella(closed) and ran more fast. Before i could understand anything he was running ahead me and i started to chase him without any thought of catching the bus. But I remember it was the fastest run i ever ran in my life till date. While chasing him I saw him catching the bus, he was almost there banging on the bus side to make it stop as it was leaving. I ran more hard to catch him this time and not the bus. The bus had moved ahead but took a sudden stop and he opened the door. I had reached the bus by then. He just handed me my stuff and almost lifted me into the bus and went away. I got the bus because of him that day and was feeling terribly guilty of thinking of him as a thief for robbing my stuff. I never saw him again for the next 4 years until I studied there. I searched him everywhere, enquired about him but never found anything about him. He came as an angel for me that day and I couldnt even thank him for his help. But from that day onwards I helped those who ever tried to catch a running bus in whatever way I can. I couldnt meet him ever in my life but thought my deeds would repay his help. May God Bless Him!!!!

That day i was returning back to work after a vacation spend home for 2 days. I had the monday early morning bus. As the trip was not preplanned I had no time to book the tickets. And the deadline had crossed over to book the return tickets. So I had to travel without reservation and found not to my

surprise that the bus was completely packed. And as i was returning from home I was fully loaded, you know how parents are....;-) .It was a journey of 550kms to be covered standing. I was preparing up my mind for the journey and had almost covered 170kms standing with a hope that my legs bear my load for the journey. The bus had stopped for a tea break and I took some time to rest my legs. I also adjusted my baggage to some comfortable place. The bus started back on its journey and I heard a man calling out for me. I saw him he was atleast triple my size or more and at my age too. He was traveling with his 2 grandchildren. I went to him and he offered me a place to sit but i saw there was no room to adjust. But he insisted. He took one of the kid on his lap and asked me to adjust with another. It was so human of him. But due to his size we were not able to adjustas they had some luggage in the leg space. What he did next not only shocked me but filled me with awe, respect and guilt. He stood up and said You sit with the kids I will stand up. You know I am a grown up man and I have had my luxuries for life. Now its ur turn kiddo. And when I was not ready to accept he sweared me on him to accept the offer. He stood for the next 200 kms until the next halt. And then I sweared him back to sit down and assured him that we can adjust. I said him He has had his struggles for life, now its our turn oldie. He smiled the best smile I have ever seen in my life and we sat through the remaining journey striking a balance between the luxury and struggle. I was so moved by him that when we got down at our destination(luckily it was same:-)) I touched his feet and seeked for blessings that I bear the courage to help others even when I am in problem. He stopped me from touching his feet and hugged me saying You are new generation kids, you should do it ur style not our oldies style. He blessed me to grow big as much I wish and still bear the innocent nature and selfless attitude. He taught me a beautiful lesson that day, It is not in the size or strength that you can help somebody but in ur desire to do so... I loved him and will remember and pray for him throughout my life. May God bless him with the strength to fight his life.

This part that I am sharing with you is very special to my heart and has played a very important part in shaping my life what it is today. I met her when I was returning from a failed interview. It had been a series of failure for me, no job due to recession and family problems. I was writing my depression out in my diary while she was sitting beside me in the bus. I wanted to go away from everything, but i couldnt as i had responsibilties. She read through whatever I wrote in the diary and when she said that I didnt like that at all. I hated her for intruding in my privacy. But she started narrating me a story of a young woman actually irritating me. She got over my head, cos i wasnt in state to talk to anybody or even listen to. But she didnt stop and went on. The lady in the story was a poor, uneducated and young girl who was married forcefully to a man very much elder to her. She was just 10 and he was 33. He had been married before twice. After marriage she went through almost every sort of torture that existed all physical and emotional. I will write about her torture in some other post, cos a short description would do injustice to her sufferings. But she survived all that. Later on when she grew up she had 6 children, 5 girls and the last one boy. He didnt even work or earn anything. She earned them the bread by working in farms. One day when she returned from work she found 2 of her girls crying with fear and pain, two of them tied up and the fifth missing she enquired about what had happened. But none could speak a single word. Then she heard some voice from inside the house and ran to see what was happening. She almost died on seeing what was happening in front of her. A man whom she knew was raping her daughter and her father was standing there encouraging the man to do so. Not understanding what to do she just ran out took a big knife that was used for working in the farm and in a fist of anger cut off the head of that man. She did not spare her husband too and cut him into pieces. After realising what she had done she took her children tied up her important stuff and ran away, to a place where nobody could recognise her. There she started a new life, worked whole day and went to night school, also admitted her kids to school and got themselves educated. Made her children strong by values and strength. Today 2 of her girls are working one as a teacher and the second as accountant, the third was about to start her own beauty parlour, fourth one was studying to become a nurse and the last 2 kids were in school. She made it despite all odds and lack of strength. The lady in the story was sitting beside me, narrating her life in bits and pieces but still joined to 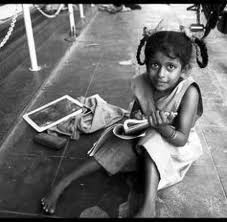 make a complete jigsaw puzzle. She asked if I can do this , Why cant you??? Her question gave me the strength to stand up again and fight. And Yes I did it, today I have a freelancing firm of my own, work for an ngo, have adopted a girl and doing every bit of work i can do... Today I can say that I didnt undergo that much struggle as she did, but I have achieved something and keep on encouraging every fellow human being to get up and work on his dreams.

This post was a small tribute to those who knowing, unknowingly shaped up my life and showed me its worth. I never knew these people but I met them on the journey and they helped me catch up the right bus of life. Just share this story if u like it and lets help us and others and to shape up a good life... As Zig has said it "You can have everything you want in life if you just help enough people get what they want in life.". It’s not enough to have lived. We should be determined to live for something. May I suggest that it be creating joy for others, sharing what we have for the betterment of person-kind, bringing hope to the lost and love to the lonely. Even the smallest act of caring for another person is like a drop of water -it will make ripples throughout the entire pond. Never underestimate the difference you can make in the lives of others. Step forward, reach out and help. You never know that might shape up somebody's life. 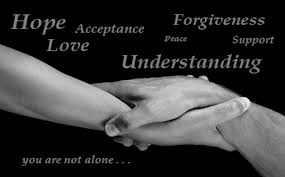